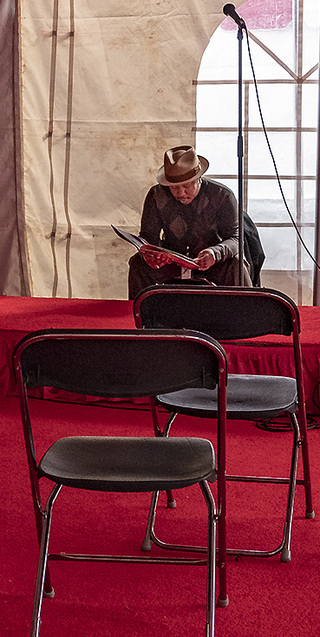 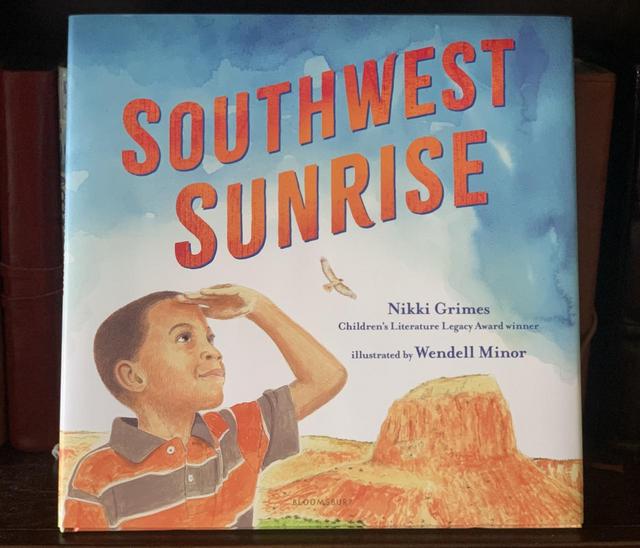 Prime Audience: Children Who Like Nature and the Outdoors; Children Moving to a New Place; Fans of New Mexico and the American Southwest

Moving from the home you've always known is difficult, much more so when you're moving across the country, and much more than that when you're moving away from the bright lights and tall buildings of New York City to the wide, natural expanse of New Mexico.  But once Jayden gets to know his new home a little better, he realizes the move isn't so bad in Nikki Grimes and Wendell Minor's Southwest Sunrise.

If you've traveled the American Southwest and if you've been to New Mexico, you'll smile as Grimes by her poetic lines and Minor by his colorful palette display the beauty of the land and of its creatures and of its cultural aesthetic.  Grimes's descriptive narrative contrasts Jayden's familiar yet busy (and not always safe) former home with his new and unfamiliar yet peaceful home.  And while not much happens action-wise, a lot happens in Jayden's attitude and outlook, encouraging those experiencing the new by a choice not of their own to look around them— they might find themselves smiling when and where they didn't think they would!